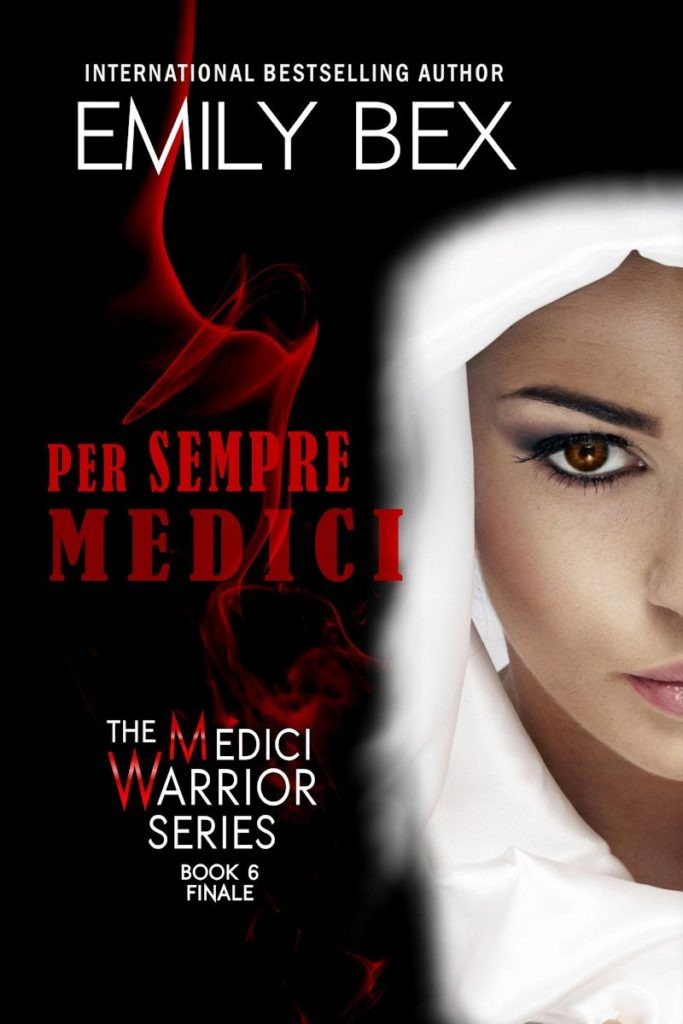 JR Ward and Christine Feehan fans will become enchanted with this deliciously dark and scandalous series by International Bestselling Author Emily Bex. It’s everything vampire romances should be made of!

Are you ready for the secret?

The Medici power grows, as the children enter adulthood and establish their own families. Possessing gifts unique to their bloodline, and the expanded reach of their family tree. They appear untouchable, and yet that very power is what makes them a target.

Natalia and Shade have carried the burden of the knowledge of the curse that plagued each generation of the Medici’s. The curse will be revealed. Can it be broken?

Father and son will face off against their greatest threat yet, in an epic battle against the evil Borgia’s to rule all of Italy. Lorenzo feels assured of their victory. His gift as a fire-thrower giving him an edge, but Natalia’s not so sure. The battle for Castello will be paid for in blood.

Natalia’s visions tell her only one coven remains standing.